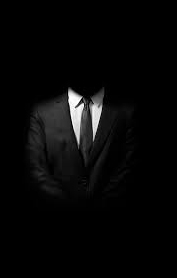 There is this stereotypical view on gay male escorts that I will like to disprove based on my experiences. Many people are of the opinion that you can spot someone that is gay from miles away because of the way they talk, walk or gesticulate.

Well, I won’t disprove the fact that there are guys that are girly in appearance – even among those that are not gay. So, using this as a yardstick to determine if someone is gay or not will only lead to false generalisation. I know so because I have been working with gay male escorts for more than five years now.

I also work in the bar where I serve drinks – mostly at night. Seeing all sorts of escorts walk in and out coupled with my often overbearing inquisitiveness have made it easy for me to separate the gay male escorts from the bisexual and other forms of escort.

The only obvious differences I have found is that gay escorts are often too robotic compared to other forms of escort. What do I mean by “robotic” you may ask? I chose that word carefully because it best explains what I think about them. They are not robotic in the sense that they walk and talk like RoboCop but because they are usually too focused. Too focused that they easily blend into any crowd.

The escorts I dislike the most are the bisexual male escorts because they are easily distracted. They come into the bar and demand for a drink. I walk up to them to hand them the drink, and as soon as I bend over, they smack my buttocks. I really hate that. I know my bum is attractive once I get into my work skimpy skirt but guys should learn to keep their emotions in check. Sometimes I get the urge to give them a hard slap to the chin, but my work ethics will not let me.

Sometimes, I want to blame the old generation of escorts for the stereotype, but when I consider their limitations, it is easy to justify their outward signals. Let’s get it straight. Back then, the use of the internet was limited and expensive. Those who needed escort services usually had a hard time finding one.

The gay escorts as of that time used certain gimmicks including acting like a lady in public to unveil their identities and make it easier for prospective clients to find them. If you ask me, I would say it was a smart thing they did back then – to fight the limitations. It was the height of creativity that helped them scale through the hurdle of limitation. But no new generation gay escort has any reason to behave like their predecessor in this modern age.

I really admire gay male escorts when they come into my bar to have a drink.  They always look professional, discussing with their clients as if they were business partners – I know escorting is a business of some sort anyways. And when they are about to leave, they never forget to tip me. It is always exhilarating having them around.

Gradually the world is drifting fast into an individualistic lifestyle where everyone appears too busy for the person next to them. Gay escorts are better adapted for this coming world. I foresee gay escorts blending in so well that it would be hard to tell the difference between them and every other person on the street – if only the new generation gay escorts will quit imitating the past generation ways.

If I were to get married today, I would prefer to tie the knot with a gay escort than the straight or bisexual escorts. The latter is overdramatic to my liking. Also, you cannot have a gay escort beside you and worry that he will cheat on you with another girl. That obviously can’t happen.

You know, we girls have jealousy in our blueprint. No matter how much free minded a lady may claim to be, all that changes when she spots her man talking with another lady – even on a neutral ground. She may ignore the first few times but will definitely burst out with time. It is just the way we are.

Emotionally, I believe gay male escorts are stronger than other forms of escorting. They take the hard choices and never waver. Generally, this may seem like a biased picture of the escorting industry, but I am only speaking out of my experience.